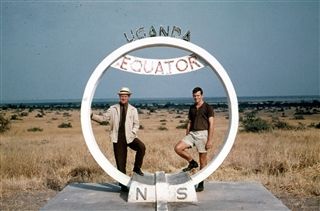 I had the good fortune to know Mr. Wilde over more than five years starting at the end of May, 1960, until his death in September, 1965.
During this time, Mr. Wilde had a tremendous influence on me and on the course of my life–he treated me as a son. Shortly after arriving in Neuchâtel, I started driving for Mr. Wilde.